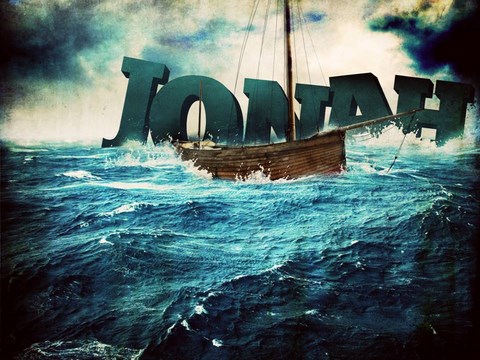 God called Jonah to preach to the Assyrian capital of Nineveh. Jonah was unwilling to do so because the Assyrians were an evil people. He therefore tried to run away from God’s call and headed towards the farthest westward point known to him—Tarshish, located in modern-day Spain. The story is about how God moved in the situation to ensure that His plans are fulfilled. Jonah eventually obeyed and prophesied to the people of Nineveh and the people repented.

Jonah had tried many times to avert God’s plans. He did not want to bring God’s message to the Ninevites – Israel’s hated enemy – for fear that they would repent and God would withhold His punishments towards them. Yet no matter how Jonah ran, he could not hide.

Jonah 1:1 The word of the Lord came to Jonah son of Amittai: 2 “Go to the great city of Nineveh and preach against it, because its wickedness has come up before me.”

4 Then the Lord sent a great wind on the sea, and such a violent storm arose that the ship threatened to break up.
Jonah thought that he could thwart God’s plans by running away. But God would not let him. God’s plans cannot be thwarted.

Job 42:1­6 (NIV) Then Job replied to the LORD: 2 “I know that you can do all things; no plan of yours can be thwarted.
Are you running away from God’s plan? He will do what it takes to bring you back. Sometimes we run away from God’s plan unintentionally. We move in a certain direction or we make decisions that is not in accordance with His plans. I have certainly done that many times in my life but I see the hand of God moving me back and aligning me once again to His plans for my life.

God sometimes uses closed doors to bring us back. If we move in a wrong direction, God closes that door so that we backtrack and move in the right direction. That is why I have learnt to be thankful to God for closed doors. If we believe what the Bible says that God works all things for good, then even closed doors are there for our good and we should trust God that when He closes one door He opens another one that is better.

When humans want to execute their plans, we are limited by natural means – circumstances, our limited resources, our ability. But not so for God. God could use the natural things to accomplish His plans or He could even sovereignly move in the situation and move into areas that are not possible for us. In the case of Jonah, God used the wind, the seas and a fish to orchestrate His will. And He even caused the lot to fall on Jonah.
Jonah 1:4 Then the Lord sent a great wind on the sea, and such a violent storm arose that the ship threatened to break up. 5 All the sailors were afraid and each cried out to his own god. And they threw the cargo into the sea to lighten the ship.

But Jonah had gone below deck, where he lay down and fell into a deep sleep.6 The captain went to him and said, “How can you sleep? Get up and call on your god! Maybe he will take notice of us so that we will not perish.”

7 Then the sailors said to each other, “Come, let us cast lots to find out who is responsible for this calamity.” They cast lots and the lot fell on Jonah.

Do not limit God’s ability to act. His plans can be fulfilled in an instant when we thought the situation was impossible. Like in the case of Joseph when he wondered how God would fulfill the dream that He gave him when he was in prison. Yet in an instant he was promoted from a prisoner to the second man in command.

Moving out of God’s will is painful

Jonah learnt the hard way that it is easier to submit to God than to fight His will. When he tried to run away he just couldn’t and many disasters befell on him. At one point he thought he was going to die when the sailors threw him into the sea.

Jonah 2:5 The engulfing waters threatened me, the deep surrounded me; seaweed was wrapped around my head. 6 To the roots of the mountains I sank down; the earth beneath barred me in forever.

After this hard lesson, Jonah learnt to obey the Lord. When God asked him the second time to go to Nineveh Jonah obeyed.

3 Then the word of the Lord came to Jonah a second time: 2 “Go to the great city of Nineveh and proclaim to it the message I give you.”

3 Jonah obeyed the word of the Lord and went to Nineveh.

Are we facing unnecessary hardships because we are resisting the will of God? Why not surrender to Him and let Him accomplish His will in our lives?

God had intended to destroy the Ninevites because of their great sin and He sent Jonah to warn them. However, when the Ninevites repented, God did not carry out His plans of judgment.

Jonah 3:10 When God saw what they did and how they turned from their evil ways, he relented and did not bring on them the destruction he had threatened.

God’s plans are sometimes conditional. For example, He intended that the Israelites possess the Promised Land. But that is contingent upon them having faith to conquer the land. God may have certain plans for your life but He needs you to do your part. It may be to continue to trust Him and persevere in the situation until you see His plans fulfilled.

Jonah 4 But to Jonah this seemed very wrong, and he became angry. 2 He prayed to the Lord, “Isn’t this what I said, Lord, when I was still at home? That is what I tried to forestall by fleeing to Tarshish. I knew that you are a gracious and compassionate God, slow to anger and abounding in love, a God who relents from sending calamity. 3 Now, Lord, take away my life, for it is better for me to die than to live.” 4 But the Lord replied, “Is it right for you to be angry?”

We often get angry with God when things do not happen our way. I believe it is natural as human beings to be disappointed for a moment but we should quickly keep in mind that God’s plans are not our plans and His will not our will. Since His plans are higher than ours, we should not be angry but rather praise God that when our way did not materialize, it is because He had something better in mind.
​