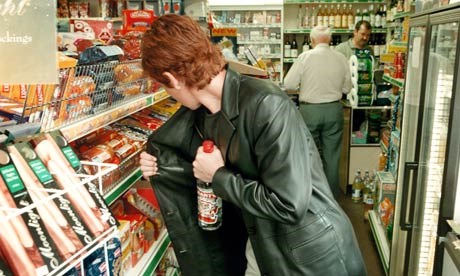 (Acts 19:24-27 NIV)  A silversmith named Demetrius, who made silver shrines of Artemis, brought in no little business for the craftsmen. {25} He called them together, along with the workmen in related trades, and said: “Men, you know we receive a good income from this business. {26} And you see and hear how this fellow Paul has convinced and led astray large numbers of people here in Ephesus and in practically the whole province of Asia. He says that man-made gods are no gods at all. {27} There is danger not only that our trade will lose its good name, but also that the temple of the great goddess Artemis will be discredited, and the goddess herself, who is worshiped throughout the province of Asia and the world, will be robbed of her divine majesty.”

(2 Cor 12:20 NIV)  For I am afraid that when I come I may not find you as I want you to be, and you may not find me as you want me to be. I fear that there may be quarreling, jealousy, outbursts of anger, factions, slander, gossip, arrogance and disorder.

(Phil 2:3 NIV)  Do nothing out of selfish ambition or vain conceit, but in humility consider others better than yourselves.

Stealing from our employer

How does a person steal from his employer? By coming to work at eighty-thirty instead of eight o’clock. By spending the first twenty minutes of the day getting coffee and reading the morning paper. By dilly-dallying during office hours. By making unnecessary trips to the water cooler or rest room. By chatting with co-workers instead of attending to business. By making lengthly personal calls or running personal errands on company time. By stretching coffee breaks. By leaving early for lunch. By coming back late from lunch. By “knocking off” early in the afternoon. (Source : Secrets of winning at work by Mike Murdock)

Many people don’t succumb to the temptation of stealing physical objects but they succumb to the temptation of stealing intellectual property. Each time we buy a pirated copy of software, each time we make a copy of a book instead of buying it, we are stealing the intellectual property of the person who has created it. Books and software do not come into existence on their own; they require people spending time and money to produce them. When we get them illegally for free, we are stealing the income that rightfully belongs to them.

Stealing from the poor

The Bible teaches that when we fail to help suffering people, we are actually stealing from them.

(Lev 19:8-11 NIV)  Whoever eats it will be held responsible because he has desecrated what is holy to the LORD; that person must be cut off from his people. {9} “‘When you reap the harvest of your land, do not reap to the very edges of your field or gather the gleanings of your harvest. {10} Do not go over your vineyard a second time or pick up the grapes that have fallen. Leave them for the poor and the alien. I am the LORD your God. {11} “‘Do not steal. “‘Do not lie. “‘Do not deceive one another.

The OT law states that when a farmer harvests his field, he is not to reap from the edges of the field. He has to leave that to the poor. What happens if he ignores this and reaps the edges anyway? That would be tantamount to stealing from the poor because God had said that they are for the poor, and not for him.

Interestingly the commandment not to steal was also appropriately mentioned immediately after mention of the law of gleaning.

God blesses us so that we can bless others. When we fail to do so, we are robbing from the people who need our help.

Leviticus 27:30 (NIV) “‘A tithe (i.e. tenth) of everything from the land, whether grain from the soil or fruit from the trees, belongs to the LORD; it is holy to the LORD.

Because it belongs to God and not to us, we rob God when we don’t tithe.

Do not covet
Do not murder
No other gods