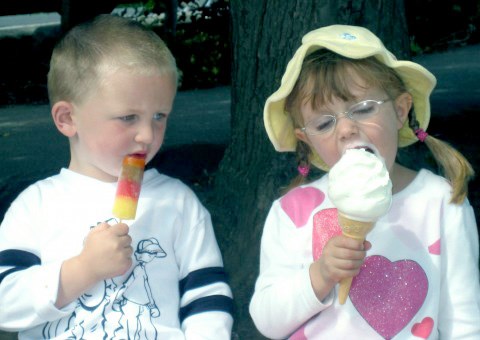 The word covet means to desire or delight.

Covetousness leads to all kinds of sins

(Micah 2:2 NIV)  They covet fields and seize them, and houses, and take them. They defraud a man of his home, a fellowman of his inheritance.

(James 4:2 NIV)  You want something but don’t get it. You kill and covet, but you cannot have what you want. You quarrel and fight.

This exact thing happened to King David. He covet for another man’s wife. This initial sin of covetousness led to greater evil. He eventually had to have the woman’s husband killed so that he could have his wife.

(2 Sam 11:14-15 NIV)  In the morning David wrote a letter to Joab and sent it with Uriah. {15} In it he wrote, “Put Uriah in the front line where the fighting is fiercest. Then withdraw from him so he will be struck down and die.”

If we read the chapter, we see that Uriah was one of the most loyal man you can have in your army. Yet King David got him killed to fulfill his covetousness.

We are warned right from the start not to covet things that are out of bounds. The first sin of mankind was to covet for the fruit of the forbidden tree.

(Gen 2:16-17 NIV)  And the LORD God commanded the man, “You are free to eat from any tree in the garden; {17} but you must not eat from the tree of the knowledge of good and evil, for when you eat of it you will surely die.”

(Gen 3:6 NIV)  When the woman saw that the fruit of the tree was good for food and pleasing to the eye, and also desirable for gaining wisdom, she took some and ate it. She also gave some to her husband, who was with her, and he ate it.

Adam and Eve coveted for the forbidden fruit. As a result, mankind suffered the consequences of sin.

In Joshua 7, we read the story of Achan. When the children of Israel entered the Promised Land, God forbade them to plunder the goods. Achan disobeyed the Lord and took some gold, silver and beautiful clothes. The Israelites went into battle and got badly defeated. God later informed Joshua of the sin and eventually Achan was found to be the culprit.

(Josh 7:20-25 NIV)  Achan replied, “It is true! I have sinned against the LORD, the God of Israel. This is what I have done: {21} When I saw in the plunder a beautiful robe from Babylonia, two hundred shekels of silver and a wedge of gold weighing fifty shekels, I coveted them and took them. They are hidden in the ground inside my tent, with the silver underneath.” {22} So Joshua sent messengers, and they ran to the tent, and there it was, hidden in his tent, with the silver underneath. {23} They took the things from the tent, brought them to Joshua and all the Israelites and spread them out before the LORD. {24} Then Joshua, together with all Israel, took Achan son of Zerah, the silver, the robe, the gold wedge, his sons and daughters, his cattle, donkeys and sheep, his tent and all that he had, to the Valley of Achor. {25} Joshua said, “Why have you brought this trouble on us? The LORD will bring trouble on you today.” Then all Israel stoned him, and after they had stoned the rest, they burned them.

Do not steal
No other gods
Keeping the Sabbath holy