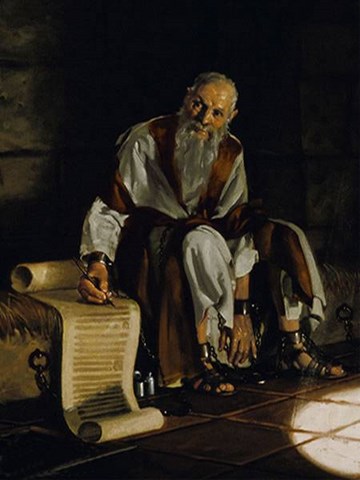 Paul’s story is told in Acts 7:58—28:31 and throughout his New Testament letters.

Enthusiastic in everything he does

Even before he was a believer, his actions were filled with enthusiasm. His persecution of Christians was done with so much intensity because he sincerely believed that this Christian movement was dangerous to Judaism.

Paul’s personal encounter with Jesus changed his life. He never lost his fierce intensity, but from then on it was channeled for the gospel.

Paul taught that whatever we do we should do it wholeheartedly as unto the Lord and not men.

Col 3:23  Work hard and cheerfully at whatever you do, as though you were working for the Lord rather than for people. 24Remember that the Lord will give you an inheritance as your reward, and the Master you are serving is Christ.

Are you enthusiastic about what you are doing? Your secular job? Your Christian ministry? Do you do your best in everything as unto the Lord.

Took the gospel to the unreached

Until Paul’s conversion, little had been done about carrying the gospel to non-Jews. Philip had preached in Samaria and to an Ethiopian man; Cornelius, a Gentile, was converted under Peter; and in Antioch in Syria, some Greeks had joined the believers. When Barnabas was sent from Jerusalem to check on this situation, he went to Tarsus to find Paul and bring him to Antioch, and together they worked among the believers there. They were then sent on a missionary journey, the first of three Paul would take that would carry the gospel across the Roman Empire.

Paul, together with Philip and Peter, were the three pioneers of the gospels to the non-Jews. Knowing this fact reminds us of the importance of taking the gospel to people who are less reached for Christ. If you look at your church you will notice that the congregation fall within a certain demographics – age group, income level, etc. Which demographics are least represented in your church? Perhaps the elderly or the low income group. What can be done to bring them into the congregation?

Jesus also spoke about bringing the invitation of God to people who do not normally fall within your social circles.

Luke 14:16  Jesus replied with this illustration: “A man prepared a great feast and sent out many invitations. 17When all was ready, he sent his servant around to notify the guests that it was time for them to come. 18But they all began making excuses. One said he had just bought a field and wanted to inspect it, so he asked to be excused. 19Another said he had just bought five pair of oxen and wanted to try them out. 20Another had just been married, so he said he couldn’t come.

21″The servant returned and told his master what they had said. His master was angry and said, ‘Go quickly into the streets and alleys of the city and invite the poor, the crippled, the lame, and the blind.’ 22After the servant had done this, he reported, ‘there is still room for more.’ 23So his master said, ‘Go out into the country lanes and behind the hedges and urge anyone you find to come, so that the house will be full.

Another aspect of bringing the gospel to the unreached is either contributing towards these missionary activity or going out on missions yourself. These efforts bring the gospel to people who may not have even heard the name of Jesus once!

(Philippians 3:13-14 NIV) {13} Brothers, I do not consider myself yet to have taken hold of it. But one thing I do: Forgetting what is behind and straining toward what is ahead, {14} I press on toward the goal to win the prize for which God has called me heavenward in Christ Jesus.

Paul led a very focused lifestyle. He has a main aim in life.

Jesus too was very clear about his “mission statement” in life.

How single-minded are you?

1. State the three most important purpose in your life? (Give the actual, not what you desire or what you think is the ideal)

2. How much time do you dedicate to each of these goals.

Eg I spend two hours every day reading on how to improve my job performance. I spend three hours every week practicing tennis.

You are not single-minded enough if you spend your resources equally between all your diverse goals. The goal that you dedicate most time and money to is actually your primary objective in life, no matter what your stated mission statement may be.