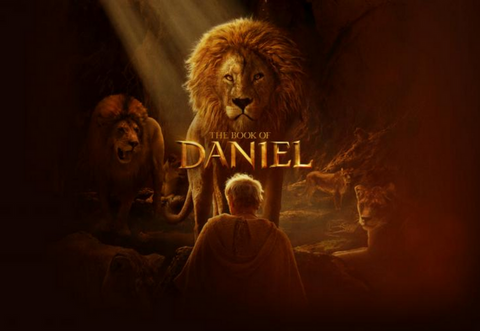 Daniel wrote this book during his time in Babylon as a Jewish exile from Israel. Daniel was brought to Babylon together with a group of young Israelite nobles because the Babylonian empire felt that they could be of use in service. The book describes the lives of Daniel and his three friends while they were in Babylon. Daniel lived there throughout the Jews’ seventy-year captivity, eventually rising to become one of only three administrators over the provincial governors throughout the kingdom. His three friends also rose to positions of prominence.

King Darius was tricked into throwing Daniel into the den of lions. Daniel’s enemies had proposed to the king that whoever worshipped anything other than the king was to be thrown into the lion’s den. Forgetting that Daniel worshipped the Most High God, Darius agreed to their proposal. When he found out that he had been tricked, he wanted to save Daniel’s friends but he did not do it for fear of loss of face.

Furthermore, King Darius believed that the God Daniel and his friends worshipped is the true God.

The Bible says that if we know what is right and did not do it, this is called sin.

James 4:17 If anyone, then, knows the good they ought to do and doesn’t do it, it is sin for them.

Knowing that he had made a mistake, King Darius should have retracted even if it meant the loss of face but he did not do it. Do we also fail to do what is right and compromise on our beliefs?

Edward Burke, an Irish politician, has been attributed with this well-known saying: All that is necessary for the triumph of evil is that good men do nothing.

We can compromise on sin by doing nothing about the sin around us. By not rebuking a loved one who has sinned. By not speaking up when our society deteriorates into sin. For example, the move of society to allow gay marriages is an area that Christians should speak out against.

Daniel’s friends did not compromise

Daniel’s friends were thrown into the fiery furnace because they did not obey the king’s command to worship the golden image.

Daniel 3:12 But there are some Jews whom you have set over the affairs of the province of Babylon—Shadrach, Meshach and Abednego—who pay no attention to you, Your Majesty. They neither serve your gods nor worship the image of gold you have set up.”…16 Shadrach, Meshach and Abednego replied to him, “King Nebuchadnezzar, we do not need to defend ourselves before you in this matter. 17 If we are thrown into the blazing furnace, the God we serve is able to deliver us from it, and he will deliver us from Your Majesty’s hand. 18 But even if he does not, we want you to know, Your Majesty, that we will not serve your gods or worship the image of gold you have set up.”

Daniel’s friends acknowledged the possibility that God might choose not to deliver them from death. But even then, they are prepared to die and not worship the golden image that the king has set up.

In chapter 6, a similar thing happened to Daniel. He too refused to obey the king’s decree to pray to him alone. He continued his usual ways of praying to his God and was thrown into the lion’s den as a result.

God protects us when we do not compromise

24 Then King Nebuchadnezzar leaped to his feet in amazement and asked his advisers, “Weren’t there three men that we tied up and threw into the fire?” They replied, “Certainly, Your Majesty.” 25 He said, “Look! I see four men walking around in the fire, unbound and unharmed, and the fourth looks like a son of the gods.”

Because of this unwavering loyalty to God and refusal to compromise, God saved Daniel’s friends and the pre-incarnate Jesus was with them so that no harm could come to them.

God also saved Daniel and in chapter 6 when Daniel was thrown into the lion’s den, God closed the mouth of the lions so that they could not harm Daniel.

21 Daniel answered, “May the king live forever! 22 My God sent his angel, and he shut the mouths of the lions. They have not hurt me, because I was found innocent in his sight. Nor have I ever done any wrong before you, Your Majesty.”

God honors us when we do not comprise

God does not just ensure that no harm comes to us, He even rewards us for not compromising. Daniel and his friends were all honored by God for staying true to their faith.

Daniel 3:30 Then the king promoted Shadrach, Meshach and Abednego in the province of Babylon.

Not only does God protect His children when they do not compromise, God also works out the situation for good. In the case of Daniel’s friends, the king decreed that no one should speak evil against their God.

Daniel 3:28 Then Nebuchadnezzar said, “Praise be to the God of Shadrach, Meshach and Abednego, who has sent his angel and rescued his servants! They trusted in him and defied the king’s command and were willing to give up their lives rather than serve or worship any god except their own God. 29 Therefore I decree that the people of any nation or language who say anything against the God of Shadrach, Meshach and Abednego be cut into pieces and their houses be turned into piles of rubble, for no other god can save in this way.”

This too happened in the case of Daniel.
​
Daniel 6:26 “I issue a decree that in every part of my kingdom people must fear and reverence the God of Daniel. “For he is the living God and he endures forever; his kingdom will not be destroyed, his dominion will never end. 27 He rescues and he saves; he performs signs and wonders in the heavens and on the earth. He has rescued Daniel from the power of the lions.”

Why the book of Daniel is important