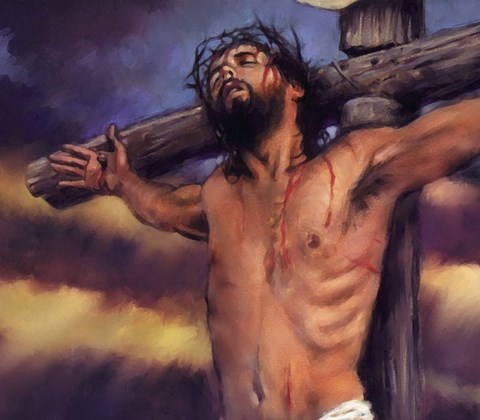 The ultimate valley experience of the Bible is found in the life of Jesus. Even when we consider a king becoming a pauper, there is no greater drop than God Himself becoming a curse for all mankind. The Person who was from an infinitely high position allowed Himself to be brought to the lowest position in the world when He took on the sins of all mankind.

(Phil 2:5-8 NIV)  Your attitude should be the same as that of Christ Jesus: {6} Who, being in very nature God, did not consider equality with God something to be grasped, {7} but made himself nothing, taking the very nature of a servant, being made in human likeness. {8} And being found in appearance as a man, he humbled himself and became obedient to death– even death on a cross!

Jesus did not consider equality with God something to be grasp. In other words, He did not hold on to that so tightly that he was unwilling to let go. One of the most difficult things about being in a valley is letting go of your mountain experience. We may have been rich once but now am not. We may be in an important position previously but now doing a humble job. If we continue to cling on to the past and not let go, we will be miserable in our valley of life.

(Phil 3:4-8 NIV)  though I myself have reasons for such confidence. If anyone else thinks he has reasons to put confidence in the flesh, I have more: {5} circumcised on the eighth day, of the people of Israel, of the tribe of Benjamin, a Hebrew of Hebrews; in regard to the law, a Pharisee; {6} as for zeal, persecuting the church; as for legalistic righteousness, faultless. {7} But whatever was to my profit I now consider loss for the sake of Christ. {8} What is more, I consider everything a loss compared to the surpassing greatness of knowing Christ Jesus my Lord, for whose sake I have lost all things. I consider them rubbish, that I may gain Christ

(Phil 3:13-14 NIV)  Brothers, I do not consider myself yet to have taken hold of it. But one thing I do: Forgetting what is behind and straining toward what is ahead, {14} I press on toward the goal to win the prize for which God has called me heavenward in Christ Jesus.

The apostle Paul was once a highly regarded man in society. But when he became a Christian, he was treated like one of the worst criminals. Yet he was willing to give up that high position in society because of the surpassing worth of knowing God and doing God’s will.

Jesus was willing to go to the lowest point because He was obedient to His destiny. Moving from a mountain to a valley is never easy but we have to understand that God places us in a valley for a purpose. We need to yield to His will and not hold on to our past mountain experiences.

(Mat 3:13-15 NIV)  Then Jesus came from Galilee to the Jordan to be baptized by John. {14} But John tried to deter him, saying, “I need to be baptized by you, and do you come to me?” {15} Jesus replied, “Let it be so now; it is proper for us to do this to fulfill all righteousness.” Then John consented.

Jesus, the Son of God, needed to be baptized by a human being to accomplish the will of God. In our valley, we may be required to submit to the authority of people less qualified than ourselves. We must not resent that.

(Mat 4:1-4 NIV)  Then Jesus was led by the Spirit into the desert to be tempted by the devil. {2} After fasting forty days and forty nights, he was hungry. {3} The tempter came to him and said, “If you are the Son of God, tell these stones to become bread.” {4} Jesus answered, “It is written: ‘Man does not live on bread alone, but on every word that comes from the mouth of God.'”

Our valley experience opens us to all kinds of temptation. Satan will try to tempt us to compromise to get out of our difficult situation. Jesus, the creator of the universe, finds himself not even having food. The devil wanted Jesus to do something outside of God’s will so that he would be relieved from His suffering but Jesus refused to compromise.

(Mat 8:20 NIV)  Jesus replied, “Foxes have holes and birds of the air have nests, but the Son of Man has no place to lay his head.”

Jesus was contented to lead a simple and humble life. Do you feel dissatisfied with the living conditions of the valley? Remember that Jesus descended from the splendour of heaven and was willing to live with the bare necessities of life.

(John 13:4-5 NIV)  so he got up from the meal, took off his outer clothing, and wrapped a towel around his waist. {5} After that, he poured water into a basin and began to wash his disciples’ feet, drying them with the towel that was wrapped around him.

During the last supper, Jesus took a towel and began to wash His disciples’ feet. Valley experiences are allowed by God to teach us humility. We may find ourselves doing a lot of things that we did not have to do in the past. It is only through such experiences that we can learn humility. Humility is not something we can learn from a textbook.

(Mat 27:27-31 NIV)  Then the governor’s soldiers took Jesus into the Praetorium and gathered the whole company of soldiers around him. {28} They stripped him and put a scarlet robe on him, {29} and then twisted together a crown of thorns and set it on his head. They put a staff in his right hand and knelt in front of him and mocked him. “Hail, king of the Jews!” they said. {30} They spit on him, and took the staff and struck him on the head again and again. {31} After they had mocked him, they took off the robe and put his own clothes on him. Then they led him away to crucify him.

Some people may try to humiliate you when you are in the valley. Remember, the same thing happened to our Lord. The humiliation we go through cannot be compared with the humiliation our Lord went through. Yet Jesus took it. Because He kept focused on the cross. When people humiliate you, bear in mind that God has something installed for you by bringing you to this valley. Do not let man’s evil actions derail God’s plan for your life.

(Mat 26:34 NIV)  “I tell you the truth,” Jesus answered, “this very night, before the rooster crows, you will disown me three times.”

Another low point in Jesus’ life must have been when His disciples left Him. First, Judas betrayed Him. Then His disciples all fled when Jesus was arrested. Finally, one of His closest disciples Peter denied Him three times.

When you are in the valley, some people may just leave you. This is when you find out who your true friends are. Jesus did not condemn those who left Him. Instead He forgave them.