There is No God Because God Would Never Allow Suffering 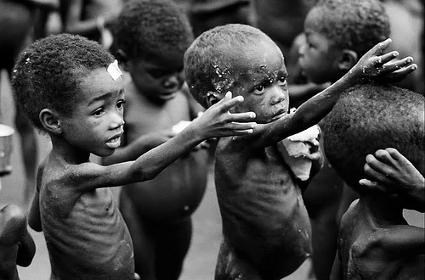 Who is responsible for suffering?

We must first bear in mind that it is not God, but rather sin that is responsible for the suffering in the world. Before man sinned, everything was in a perfect state. Man sinned and as a result death and suffering came into the world.

Romans 5:12 (NIV) Therefore, just as sin entered the world through one man, and death through sin, and in this way death came to all men, because all sinned­­.

When sin entered the world, the evil spirits could wreck havoc in the world in terms of what we think of as “natural” disasters. Other natural disasters could also be due to man’s irresponsible action towards the environment.

For example, Jesus rebuked the storm.

(Mat 8:24-26 NIV)  Without warning, a furious storm came up on the lake, so that the waves swept over the boat. But Jesus was sleeping. {25} The disciples went and woke him, saying, “Lord, save us! We’re going to drown!” {26} He replied, “You of little faith, why are you so afraid?” Then he got up and rebuked the winds and the waves, and it was completely calm.

There is no reason for the Creator to rebuke His own creation. It is more likely that evil spirits are behind the storm that appeared suddenly to cause harm to Jesus and His disciples.

There are other kinds of suffering that are caused by man’s direct acts of wrongdoing.

When a person sins (e.g. by killing someone), he inflicts suffering on many people. God is not responsible for causing the suffering; that person is. Some illnesses such as AIDS and lung cancer can be caused by man’s wrongdoings.

The Bible is full of examples of man inflicting suffering. For example, one of Adam’s sons, Cain, made a choice to kill his brother Abel (Gen. 4:7,8). Lamech boasted about his violence (vv.23,24). Sarai mistreated Hagar (Gen. 16:1-6). Laban swindled his nephew Jacob (Gen. 29:15-30). Joseph’s brothers sold him into slavery (Gen. 37:12-36), and then Potiphar’s wife falsely accused him of attempted rape and had him thrown into prison (Gen. 39). Pharaoh cruelly mistreated the Jewish slaves in Egypt (Ex. 1). King Herod slaughtered all the babies who lived in and around Bethlehem in an attempt to kill Jesus (Matt. 2:16-18).

(Isa 63:9 NIV)  In all their distress he too was distressed, and the angel of his presence saved them. In his love and mercy he redeemed them; he lifted them up and carried them all the days of old.

Why does God allow suffering?

The question some people ask is why God allows people to even have the freedom to sin knowing that sin will cause suffering. God allows humans to have free will to do both good and evil. For God to eliminate suffering totally would mean He has to create robots with no capacity to choose to do evil. Parents know that kids sometimes disobey them and get themselves into trouble. But which parent, in order to keep their child from wrongdoing, would totally restrict his freedom by tying him up in a chair and gaping his mouth so that he would not do or say wrong things. If a parent does that, we would think he is insane rather than being a loving parent. Likewise, God loves us and would never want to restrict us in this way, even though we may abuse that freedom and do wrong things that result in our own and someone else’s suffering.

God also wants us to choose to love him and do good on our own free will. Would you want to force someone to love you? How would you feel if a person marries you because he was forced to and not because he chooses to love you out of his own free will? God has been very fair and righteous to give us a choice about loving Him.  We, unfortunately, made the decision to go our own way rebelling against God.  So now we have to live with the consequences of choosing sin instead of Him. Our rebellion and broken relationship with God has brought a tremendous amount of evil and suffering in the world.

How does God respond to suffering?

Not only is God not the author of sin and suffering, He also uses suffering to work out His purpose. This means that whatever Satan or man intended for evil, God would use the evil that is done to work for His good purpose.

Take for example, the account of Joseph who was sold into slavery by His brothers. What they did was wrong and Joseph suffered greatly for it. But, later, God raised up Joseph in Egypt to make provisions for the people of that land during the coming drought of seven years. But not only was Egypt saved, but also so was his family and brothers who originally sold him into slavery. Joseph finally says to them, “You meant it for evil, but God meant it for good” (Gen. 50:15-21).

The Lord’s PrayerMatthew 6:9­13 (NIV) “This, then, is how you should pray: “‘Our Father in heaven, hallowed be your name, 10 your kingdom come, your will be done on earth

We cannot expect a perfectly holy and just God to accept partial sinners Muslims believe that if their good deeds exceed 50%, God will accept them. In other words, if