There are many religions…why Christianity? 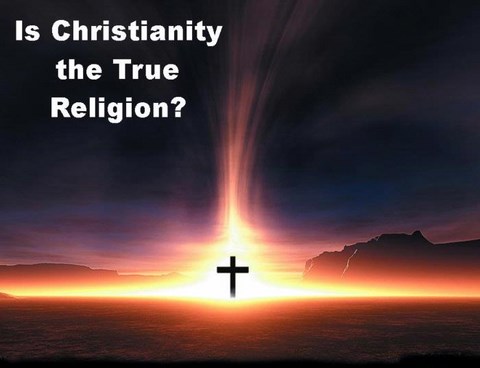 Scientific proofs of the Bible
Many religions claim to have the teachings of God but all it contains is a collection of moral principles. How do we know if the teachings are indeed from God? Christianity is unique because in the Bible, we can find convincing proofs that God is the author. The Bible contains a large number of scientific truths that were written many years ago but only discovered by scientists in recent years. How else would the writers of the Bible know these truths unless God tells them what to write?

The Bible says in Genesis 1:1 that “God created the heavens and the earth”. In Genesis 2:2 the Bible tells us that “By the seventh day God had finished the work he had been doing; so on the seventh day he rested from all his work.” Scientists now know that no new matter or energy is being created. God has indeed rested from His creation.

Science also tells us that although energy cannot be destroyed, it is degenerating and this process will eventually lead to the death of the universe. In Psalms 102:25­26 of the Bible, the writer says of God “In the beginning you laid the foundations of the earth, and the heavens are the work of your hands. They will perish, but you remain; they will all wear out like a garment.

Recently the nobel prize was given to a scientist who confirmed that the universe is expanding and therefore cannot be measured. Thousands of years ago, God already told us that this task is impossible when He says in Jeremiah 31:37 “Only if the heavens above can be measured and the foundations of the earth below be searched out will I reject all the descendants of Israel because of all they have done.”

For a long time it was thought that the sun was stationary while the earth revolves around it. Therefore, Psalms 19:6 has been a source of attack for Bible critics because it says that the sun “rises at one end of the heavens and makes its circuit to the other”. It was only recently that astronomers discovered that the sun, with the entire solar system, actually does move through space at the tremendous speed of 600,000 miles per hour in such a gigantic orbit that it requires two million centuries to complete it. The sun’s circuit is indeed from one end of the heavens to the other!

When looking at the sky one would conclude that stars are spread out everywhere. Yet inJob 26:7 the Bible says that God “spreads out the northern over empty space; he suspends the earth over nothing..” In 1900, Lord Roscoe, an astronomer, through a powerful telescope, found an empty space in the northern hemisphere, which measures hundreds of thousands of light years across, that hardly contains any stars. The second part of the verse, which tells us that the earth is suspended upon nothing, also goes against the wisdom of that day. For example the Greeks believed that the earth was carried on the shoulder of a mythology man called Atlas. 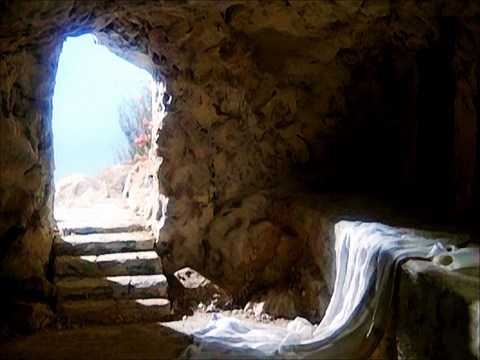 Many religious teachers also made startling claims. Buddha claimed to be able to teach you the path to enlightenment. Muhammad claimed to be God’s greatest prophet. How do we know whether these claims are true of false? What is the proof?

The Bible says that God “will judge the world with justice by the man he has appointed ( i.e. Jesus). He has given proof of this to all men by raising him from the dead.” (Acts 17:31)

If a religious teacher dies and remains dead, how can we know whether what he teaches is true or not? A person can say and teach whatever he wants! But Jesus was different. God substantiated all the claims of Jesus by resurrecting Him from the dead.

But you may ask, “How do I know that the resurrection of Jesus is a historical fact?”

Firstly, we have many accounts of the resurrection of Jesus in the Bible. We have the testimonies of Matthew, Mark, Luke, John and even the apostle Paul. Jesus did not just appear to one or two people; He appeared to many people on many occasions after His resurrection. The accounts of Jesus’ resurrection were based on the testimony of eyewitnesses.

One Bible writer, Luke, wrote, “Many have undertaken to draw up an account of the things that have been fulfilled among us, just as they were handed down to us by those who from the first were eyewitnesses and servants of the word.” (Luke 1:1-2)

Dr Simon Greenleaf, a Harvard Professional of Law, concluded that the resurrection of Christ was one of the best-supported events in history, according to the laws of legal evidence administered in courts of justice.

Not only was the resurrection accounts of Jesus recorded in the Bible, it was also substantiated outside the Bible.

A first century Jewish historian Josephus wrote, “He was the Christ. And when Pilate, at the suggestion of the principal men amongst us, had condemned him to the cross, those that loved him at the first did not forsake him; for he appeared to them alive again the third day…”

Therefore, there is no logical reason for denying the resurrection of Jesus.

What is joyDefinition JOY is  defined by the Homan Dictionary as “the happy state that results from knowing and serving God.” Joy is found over 150 times in the Bible.

Elizabeth’s story is told in Luke 1:5–80.   Remained faithful to God despite apparent lack of God’s blessings Luke 1:6  Zechariah and Elizabeth were righteous in God’s eyes, careful to obey