Muslims think that the Bible has been corrupted

Conversation point: What does the Quran say about the Bible?

Muslims will tell you that the Bible has been corrupted. As a result there was a need to send a final message, the Quran, to point out the corruption made to the original message.

Conversation point: Would you be surprised if I show you that the Quran did not say the Bible is corrupted but rather confirms the correctness of the Bible?

Muhammad asked the Jews to accept the Quran because their Bible could confirm what the Quran taught.

Surah 35:31 That which We have revealed to thee of the Book is the Truth,- confirming what was (revealed) before it…

Why are the People of the Gospel bidden to judge Muhammad’s claims by God’s revelation contained in the Gospel, if it had already been corrupted?

Severe consequences for rejecting the Bible

Conversation point: Are Muslims allowed to accept what the Bible teaches?

Muslims will tell you that there are some aspects of the Bible that they can accept. However some parts cannot be accepted because they believe it has been corrupted.

Christians can point out to them that the Quran spells out the awful consequence of rejecting God and His revealed Scriptures.

70. Those who reject the Book and the (revelations) with which We sent our apostles: but soon shall they know,-

71. When the yokes (shall be) round their necks, and the chains; they shall be dragged along-

72. In the boiling fetid fluid: then in the Fire shall they be burned;

We can also ask our Muslim friend: Do you think Allah is not powerful enough to protect His word?

Along with the attestation of the previous Scriptures, the Quran also claims to be a custodian of them and a watchman over them:

Surah 5:48. To thee We sent the Scripture in truth, confirming the scripture that came before it, and guarding it in safety…

Muhammad accepted the authenticity of the Bible

Conversation point: During the prophethood of Muhammad, did he accept the Bible as authentic?

Muslims will you that he did not accept the earlier Scriptures because they have been corrupted. Rather he was given the Quran to act as the final revelation.

Christians can show from the Quran that Muhammad did accept the Bible as authentic during his time. He was in fact asked by Allah to do so.

162. But those among them who are well-grounded in knowledge, and the believers, believe in what hath been revealed to thee and what was revealed before thee…

163. We have sent thee inspiration, as We sent it to Noah and the Messengers after him: we sent inspiration to Abraham, Isma’il, Isaac, Jacob and the Tribes, to Jesus, Job, Jonah, Aaron, and solomon, and to David We gave the Psalms.

How can Muhammad be asked to believe in books that had already been corrupted?

​Should Muslims read the Bible?

The Muslims have a high regard for their holy books. In the presence of Muslims, it is not advisable to put the Quran or Bible on the floor or hold it under the armpits. When referring to the Quran or Bible, do not use those that have markings or scribbling on them.

Even greater reverence is placed on the Arabic Quran (i.e. Quran without any translation). Muslims must perform ritual cleansing before handling this Quran. Therefore, it may be offensive for a non-Muslim to handle this type of Quran in the presence of a Muslim. It is however all right to use a Quran that has a translation.

(2 Timothy 3:16)  All scripture is given by inspiration of God, and is profitable for doctrine, for reproof, for correction, for instruction in righteousness:

The Bible is not “written” by God. In other words, God did not “push” the pen of the Bible writers. The Bible is written by men who are inspired by God. The individual styles of the writers are preserved and they record events with different perspectives.

This is important because Muslims often wonder why the same event, even the words of Jesus, is recorded differently in different gospels.

The Biblical writers penned the pages of the book as God leads but also felt free to add into his book portions from other books that he believes to be also inspired by God. This explains why portions of the Bible are similar.

Contents of the Bible

The Bible is not merely a word-for-word recording of God’s words. It is a recording of whatever God wants us to keep as instructions for life.

True, it contains exact quotations of God’s words but it also contains words of prophets of God, history (even of sinful man to warn us of sin), poetry, songs, prayers, etc.

Muslims like to point out insignificant errors in the Bible and say that it is proof the Bible has been corrupted. We need to show that there is no deliberate corruption and these errors are human transmission errors.

Because the Bible is God’s word, God will preserve His word so that it will not lose the message. However, the Bible is transmitted by men who had to recopy a Bible passage as soon as the old one, which is made of plant material, became defaced.

Another reason why copying errors occurred is because alphabets resemble each other so much. For example, look at the following two Hebrew alphabets. 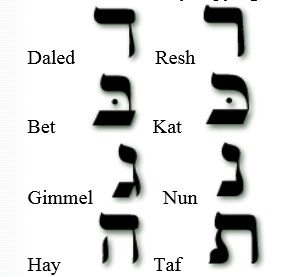 The errors brought out by Bible critics to prove that the Bible cannot be trusted are only minor copying mistakes. We should not allow ourselves to be shaken by them since all these errors taken together do not affect any point of doctrine.

Conversation point: How can you be sure that the Quran is the Word of God?

This is a good opportunity to share with him why Christians believe the Bible is the word of God.

The Bible contains foreknowledge of science

The Bible contains detailed prophecies that have been fulfilled.

The Bible is confirmed by archeology

Why do you believe the Quran is definitely the Word of God and not the word of man?

Muslims will tell you that the Quran is a literary miracle. You can ask them the following questions:

If someone produced an excellent work of literature and wants you to believe that it comes directly from God, would you believe him?

Do you understand the Arabic of the Quran enough to know that it is the best literature in the world?

Are there any proofs within the pages of the Quran to show that it cannot be the work of man?

After your Muslim friend has shared, it is an opportunity for you to share why you believe the Bible is the uncorrupted Word of God.

BackgroundMicah prophesied during the years surrounding the fall of Israel to the Assyrian Empire in 722 BC. The book deals with two significant predictions: one of judgment on Israel and