Malachi – Fear of the Lord 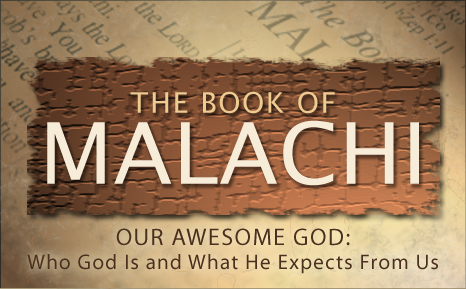 Those that fear the Lord became a small remnant. The people had lost their fear of the Lord. Even when God put forth as many as six accusations against them, the people denied every single one.

The people of Judah were exiled from the Promised Land in 605 BC, returning from Babylon only seventy years later. When Malachi wrote this book of the Bible, the people had been back in the land for more than a hundred years. They were expecting to receive blessings from the Lord. However, they had lost their passion and fear of the Lord. God therefore raised the prophet Malachi to tell the people where they had fallen short.

Malachi 4:1 “Surely the day is coming; it will burn like a furnace. All the arrogant and every evildoer will be stubble, and the day that is coming will set them on fire,” says the Lord Almighty. “Not a root or a branch will be left to them. 2 But for you who revere my name, the sun of righteousness will rise with healing in its rays. And you will go out and frolic like well-fed calves.

Mal 4:2 But for you who revere my name, the sun of righteousness will rise with healing in its rays. And you will go out and frolic like well-fed calves.

Mal 4:5 “See, I will send the prophet Elijah to you before that great and dreadful day of the Lord comes. 6 He will turn the hearts of the parents to their children, and the hearts of the children to their parents; or else I will come and strike the land with total destruction.”

Many verses warn us about the curses that will come if we do not fear God. We may be doing well for some time and thinking that we could get away with sin. However, God’s patience is meant to give us time to repent. If we don’t do so, the day will come when God’s judgment will fall upon us.

Mal 1:6 “It is you priests who show contempt for my name. “But you ask, ‘How have we shown contempt for your name?’ 7 “By offering defiled food on my altar. “But you ask, ‘How have we defiled you?’ “By saying that the Lord’s table is contemptible. 8 When you offer blind animals for sacrifice, is that not wrong? When you sacrifice lame or diseased animals, is that not wrong? Try offering them to your governor! Would he be pleased with you? Would he accept you?” says the Lord Almighty.

The people were supposed to bring to God sacrifices that were not blemished. Yet they did not fear God and offer animals that are blind, lame or diseased. Are we also guilty of giving to God our left-overs? Do we do our quiet time when we have finished everything else and are totally exhausted? It does not mean that we cannot do our quiet time at night but we should still have the energy to do so if we leave it to the night. Otherwise another time of the day may be more appropriate.

Example of not fearing God – robbing God of tithes

The Bible says that one tenth of what we have belongs to God.

Lev 27:30 “‘A tithe of everything from the land, whether grain from the soil or fruit from the trees, belongs to the LORD; it is holy to the LORD.

That is why when we don’t tithe we are robbing God. Anything beyond tithe is free will offering but the one-tenth is mandatory.

Mal 2:13 Another thing you do: You flood the Lord’s altar with tears. You weep and wail because he no longer looks with favor on your offerings or accepts them with pleasure from your hands. 14 You ask, “Why?” It is because the Lord is the witness between you and the wife of your youth. You have been unfaithful to her, though she is your partner, the wife of your marriage covenant.

No book of the Old Testament present such a serious threat to the rationalist as Daniel. It contains more fulfilled prophecies than any other book in the Bible. The book