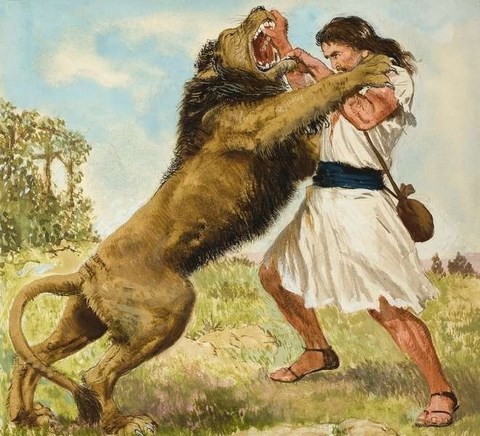 Samson had great God-given ability. Yet he did not use it to the fullest. We can learn from Samson’s mistakes as well as pick up some good points from his life on how we can best use God’s given ability.

Must be set apart.

Judges 13:5 You will become pregnant and give birth to a son, and his hair must never be cut. For he will be dedicated to God as a Nazirite from birth. He will rescue Israel from the Philistines.”

Samson kept the Nazarite vow. He did not consume intoxicating drinks nor did he even cut his hair. We too have to be set apart if we want to be used mightily by God. Paul was very successful as an apostle of God because he sets himself apart.

Rom 1:1 Paul, a servant of Christ Jesus, called to be an apostle and set apart for the gospel of God

Are we setting ourselves apart? Are we living our lives differently from non-Christians? Are we having the same values or different values from other people?

Are we misusing our God-given abilities?

Samson had tremendous potential. Not many people have started life with credentials like his. Born as a result of God’s plan in the lives of Manoah and his wife, Samson was to do a great work for God-to rescue Israel from the Philistines. To help him accomplish God’s plan, he was given enormous physical strength. Because Samson wasted his strength on practical jokes and getting out of scrapes, and because he eventually gave it up altogether to satisfy the woman he loved, we tend to see him as a failure. We remember him as the judge in Israel who spent his last days grinding grain in an enemy prison, and we say, “What wasted potential!” (Life Application Bible)

We must not fall into the same mistake Samson did. We should not realize our God-given ability only at the very last part of our life and serve God only at the very end. That would have been a tragic waste.

What are the abilities that God has given you? How are you using that for His purpose?

God’s given ability is different for different people.

Gideon defeated the enemy with an army. Samson did it alone with God’s given strength.

Paul illustrated this beautifully when he said that the body of Christ consists of many members. Each has a different function, yet each is important.

1 Cor 12:27 Now all of you together are Christ’s body, and each one of you is a separate and necessary part of it. 28Here is a list of some of the members that God has placed in the body of Christ:

then those who do miracles,

those who have the gift of healing,

those who can help others,

those who can get others to work together,

those who speak in unknown languages.

Are you discouraged that God has not used you in the same way He has used others? Do you think you are unable to serve God because He has not given you some gifts you want? Let’s remember the example of Samson’s life – the person God has given unique gifts to, the person God used differently.

Sin will cause us to lose God’s given ability.

Judges 16:19 Delilah lulled Samson to sleep with his head in her lap, and she called in a man to shave off his hair, making his capture certain. And his strength left him. 20 Then she cried out, “Samson! The Philistines have come to capture you!” When he woke up, he thought, “I will do as before and shake myself free.” But he didn’t realize the Lord had left him.

Samson did not live his life right. He continued to use the gift of God on practical jokes and on his personal vengeance until one day, the gift of God left him. If we do not live our lives right, we will lose the gift that God has given to us and our effectiveness in God’s ministry.

(Judg 14:5-6 NIV) Samson went down to Timnah together with his father and mother. As they approached the vineyards of Timnah, suddenly a young lion came roaring toward him. {6} The Spirit of the LORD came upon him in power so that he tore the lion apart with his bare hands as he might have torn a young goat. But he told neither his father nor his mother what he had done.

(Judg 14:19 NIV) Then the Spirit of the LORD came upon him in power. He went down to Ashkelon, struck down thirty of their men, stripped them of their belongings and gave their clothes to those who had explained the riddle. Burning with anger, he went up to his father’s house.

(Judg 15:14 NIV) As he approached Lehi, the Philistines came toward him shouting. The Spirit of the LORD came upon him in power. The ropes on his arms became like charred flax, and the bindings dropped from his hands.

(Judg 16:28 NIV) Then Samson prayed to the LORD, “O Sovereign LORD, remember me. O God, please strengthen me just once more, and let me with one blow get revenge on the Philistines for my two eyes.”

It is no coincidence that in all the passages talking about supernatural feats Samson, it tells us that the Lord was with Samson, giving him that supernatural ability. We cannot hope to do anything significant if we do not have the presence of God with us.

Before we carry out important tasks, let’s remember to invite the presence of the Lord to be with us to guide and strengthen us.