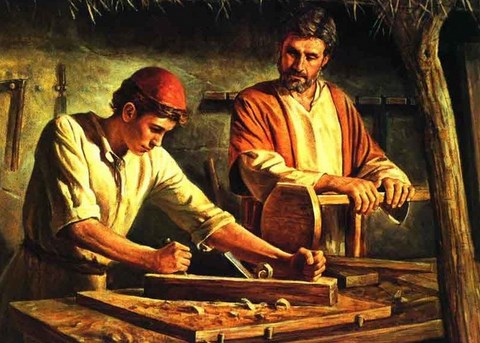 Gracious in dealing with people whom he thought have wronged him

It must have been embarrassing and painful to find out that your fiancée has become pregnant even before the wedding. When Joseph found out that Mary was pregnant, he decided to break the engagement. But he was determined to do it quietly so that it would not cause public shame to Mary. By law, Joseph could choose to have Mary stoned to death because she can be accused of having committed adultery. Instead, Joseph chose to act with justice and love.

This is indeed a trait for us to follow. There are times when people have wronged us in the slightest area and we have brought the whole force of justice on them. How important it is to be gracious. Jesus taught that if we do not forgive those who have wronged us, God will not forgive us when we have wronged Him.

Matthew 6:12 …and forgive us our sins, just as we have forgiven those who have sinned against us.

He was prepared to do what was right, despite the pain he knew it would cause.

(Mat 1:18-24) This is how the birth of Jesus Christ came about: His mother Mary was pledged to be married to Joseph, but before they came together, she was found to be with child through the Holy Spirit. {19} Because Joseph her husband was a righteous man and did not want to expose her to public disgrace, he had in mind to divorce her quietly. {20} But after he had considered this, an angel of the Lord appeared to him in a dream and said, “Joseph son of David, do not be afraid to take Mary home as your wife, because what is conceived in her is from the Holy Spirit. {21} She will give birth to a son, and you are to give him the name Jesus, because he will save his people from their sins.” {22} All this took place to fulfill what the Lord had said through the prophet: {23} “The virgin will be with child and will give birth to a son, and they will call him Immanuel” –which means, “God with us.” {24} When Joseph woke up, he did what the angel of the Lord had commanded him and took Mary home as his wife.

It must have been painful for Joseph to discover that Mary had become pregnant even before the wedding. The only honorable thing left to do would be to divorce her. Yet Joseph was asked to do a more painful task of accepting her and facing the disgrace from the community. He must have been a laughing stock for the people who knew him. Yet Joseph was prepared to do what was right, despite the pain he knew it would cause.

Some people say that if it is God’s will for you to do a certain thing, you would find much peace and joy doing it. That is not true. Jesus knew that going to the cross was His Father’s will for Him, yet it was no easy task as He struggled in the night before His crucifixion. In th end, it boils down to obedience. Not every task we are called to do will be a pleasant task. Are we willing to obey it even though it would cause us pain?

Was a parent who developed his child fully in all aspects

But Joseph trained his son in the trade of carpentry, made sure he had good spiritual training in Nazareth, and took the whole family on the yearly trip to Jerusalem for the Passover, which Jesus continued to observe during his adult years.

As a parent, are you developing your child in all aspects of his life? Joseph trained his child in the trade of carpentry. That is the equivalent of us ensuring that our child has the proper education so that he will have a proper livelihood when he grows us. But do you neglect to train your child in the ways of the Lord? That may even be more important. The Bible tells us to impact God’s truth to our children.

(Psa 78:5-6) He decreed statutes for Jacob and established the law in Israel, which he commanded our forefathers to teach their children, {6} so the next generation would know them, even the children yet to be born, and they in turn would tell their children.

What are you doing in terms of providing spiritual education for your children? Are you reading the Bible with/to them? Are you bringing them to church?