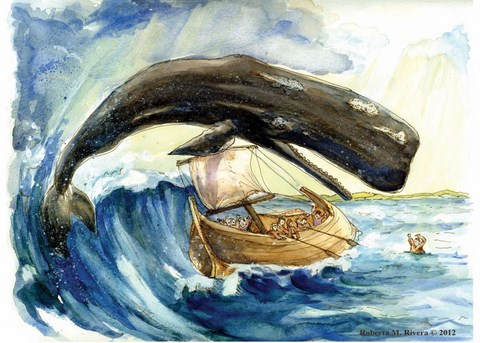 But if we measure an evangelist by the results he delivers, then Jonah can truly be considered a great evangelist. In one day, an entire city turned to the Lord! Which modern day evangelist has this kind of record?

(Jonah 3:4-5 NIV)  On the first day, Jonah started into the city. He proclaimed: “Forty more days and Nineveh will be overturned.” {5} The Ninevites believed God. They declared a fast, and all of them, from the greatest to the least, put on sackcloth.

How did Jonah get such great results
Obedience

Jonah had such good results because he finally obeyed the Lord’s instruction to preach the good news.

We cannot hope to see our city saved if we do not obey the call of God to tell others of the good news or to invite them to evangelistic events.  God has given the ministry of reconciliation only to humans. When Jonah ran away, God did not send an angel. Any angel would have willingly obeyed but the message has to come from us humans.

Many are afraid to tell others about Jesus because they fear they cannot “convert” that person to Christianity. But we are never told to “convert” someone to become a Christian. That is the work of the Holy Spirit. Our job is simply to tell the good news. That we can do and that we must obey.

(Jonah 3:5-6 NIV)  The Ninevites believed God. They declared a fast, and all of them, from the greatest to the least, put on sackcloth. {6} When the news reached the king of Nineveh, he rose from his throne, took off his royal robes, covered himself with sackcloth and sat down in the dust.

How different this was from God’s earlier description of the Ninevites.

(Jonah 1:2 NIV)  “Go to the great city of Nineveh and preach against it, because its wickedness has come up before me.”

This clearly shows that God had been working in the background, preparing the Ninevites’ heart for the message. Even though there was no visible change in the spiritual climate, there was already an invisible change.

We may look at our friends and think, “How is this person ever going to respond to the gospel or an invitation to an evangelistic event?” But how do we know? Maybe God has already done something in this person’s heart that is not visible to us.

When God calls you to talk to someone, go ahead even though you may not see any visible indication that he will receive the message.

What else can we learn about Jonah’s life?
Lack of compassion for the lost is a great hindrance

Jonah refused to believe God’s call to preach to the Ninevites the first time not because he did not believe they would respond. In fact, he refused because he believed they would respond. And he didn’t want them to. He wanted them to suffer for their sins. He had absolutely no compassion on the lost souls of Nineveh.

(Jonah 3:10 – 4:2 NIV)  When God saw what they did and how they turned from their evil ways, he had compassion and did not bring upon them the destruction he had threatened. But Jonah was greatly displeased and became angry. {2} He prayed to the LORD, “O LORD, is this not what I said when I was still at home? That is why I was so quick to flee to Tarshish. I knew that you are a gracious and compassionate God, slow to anger and abounding in love, a God who relents from sending calamity.

Running away from God’s call to evangelize can be terrible

(Jonah 1:1-4 NIV)  The word of the LORD came to Jonah son of Amittai: {2} “Go to the great city of Nineveh and preach against it, because its wickedness has come up before me.” {3} But Jonah ran away from the LORD and headed for Tarshish. He went down to Joppa, where he found a ship bound for that port. After paying the fare, he went aboard and sailed for Tarshish to flee from the LORD. {4} Then the LORD sent a great wind on the sea, and such a violent storm arose that the ship threatened to break up.

Jonah thought that he could flee from the Lord’s call to evangelize. He was wrong. Jonah was not given a choice. The word of the Lord in verse 1 is clearly a command. When Jonah disobeyed God’s command to evangelize he met countless troubles.

Likewise we are not given a choice whether or not we choose to evangelize. The commission of Jesus in Matt 28 is also a command.

(Mat 28:19-20 NIV)  Therefore go and make disciples of all nations, baptizing them in the name of the Father and of the Son and of the Holy Spirit, {20} and teaching them to obey everything I have commanded you. And surely I am with you always, to the very end of the age.”

Let’s not be like Jonah and find out the hard way that disobeying the Lord’s command can have serious consequences. Especially when it comes to evangelism because God’s priority is for the unsaved.