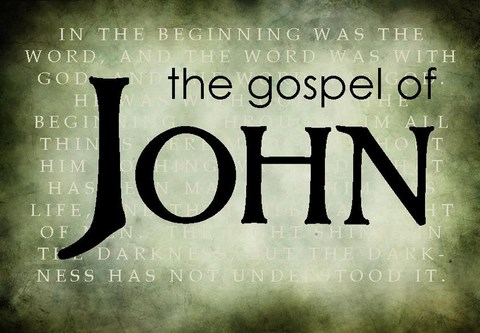 The book of John was written by the disciple John, who was an eyewitness to the events of Jesus’ life and one of the three disciples who were in the inner group of Jesus (the other two being James and Peter). John’s gospel states his intention clearly that he wrote it to tell us that Jesus is the Messiah, Son of God.

John 20:31 But these are written that you may believe that Jesus is the Messiah, the Son of God, and that by believing you may have life in his name.

John 1:14 The Word became flesh and made his dwelling among us. We have seen his glory, the glory of the one and only Son, who came from the Father, full of grace and truth.

Believing in Jesus is the only way to have eternal life

John wanted his readers to know that Jesus is the Messiah, Son of God and that believing in Him is the only way to have eternal life.

John 20:31 But these are written that you may believe that Jesus is the Messiah, the Son of God, and that by believing you may have life in his name.

Jesus Himself declared in the gospel of John that believing in Him is the only way to eternal life.

John 14:6 Jesus answered, “I am the way and the truth and the life. No one comes to the Father except through me.

John 3:16 For God so loved the world that he gave his one and only Son, that whoever believes in him shall not perish but have eternal life.

Jesus’ miracles provide proof that He is the Messiah

John 2:11 What Jesus did here in Cana of Galilee was the first of the signs through which he revealed his glory; and his disciples believed in him.

John 10:25 Jesus answered, “I did tell you, but you do not believe. The works I do in my Father’s name testify about me…

This is a story that Nicky Gumble told on the Alpha Course.

I read of something that happened during the American Civil War. As a result of a family tragedy, a soldier had been given permission to have a hearing with the President, because he wanted to request exemption from military service. But when he arrived at the White

House, he was refused entry and he was sent away, and he went to sit in a nearby park. And as he was sitting in this park, a young boy came across to him and just remarked about how unhappy he looked. And the soldier found himself pouring out his heart to this young guy.

And eventually the boy said, `Look, come with me,’ and the dejected soldier went back to the White House, they went round the back. None of the guards seemed to stop them—even the generals and the high-ranking government officials stood to attention and let them pass

through—and the soldier was amazed. Finally they came to the presidential office. Without knocking they went into the west wing, the young boy opened the door of the Oval Office, walked straight in, and there was Abraham Lincoln, standing there in conversation with the

Secretary of State. And the moment they walked in, Abraham Lincoln turned to the boy and he said, `Todd, what can I do for you?’ And Todd said, `Dad, this soldier needs to talk to you.’ He had access, through the son.
Because Jesus is the Son of God, we have access to the Father through Him.
John 14:13 And I will do whatever you ask in my name, so that the Father may be glorified in the Son.
What requests do you need to put before God? Continue to approach God the Father in the name of Jesus the Son and believe that we will have what we request for.

Jesus taught that He is the Son of God, a title the Jews understood to refer to God Himself.

John 19:7 The Jewish leaders insisted, “We have a law, and according to that law he must die, because he claimed to be the Son of God.”

Isaiah 9:6 For to us a child is born, to us a son is given, and the government will be on his shoulders. And he will be called Wonderful Counselor, Mighty God, Everlasting Father, Prince of Peace.

Jesus taught that he has no sin; everything he does is pleasing to God.

The Devil had no part in His life at all, as He told His disciples at the Last Supper.

John 14:30-31 I will not speak with you much longer, for the prince of this world is coming. He has no hold on me, but the world must learn that I love the Father and that I do exactly what my Father has commanded me.

In John 17:5, Jesus asked his Father to “glorify me in your presence with the glory I had with you before the world began.”

The Bible teaches that God shares His glory with no one.

Jesus claimed to have existed even before Abraham.

Jesus asserted His divinity by the use of the present tense “I am”. If He had only wanted to say He had existed before Abraham, He would have used “I was”.

Upon hearing this, the Jews picked up stones to stone him because they equated this to blasphemy. They understood Jesus was claiming to be the forever existent God.

(John 8:23)  But he continued, “You are from below; I am from above. You are of this world; I am not of this world.
Jesus says plainly that he comes from heaven. He is not like men who are from this world.

Jesus claims to have life in Himself, just like His Father.

(John 5:21-26 NIV)  For just as the Father raises the dead and gives them life, even so the Son gives life to whom he is pleased to give it….{24} “I tell you the truth, whoever hears my word and believes him who sent me has eternal life and will not be condemned; he has crossed over from death to life. {25} I tell you the truth, a time is coming and has now come when the dead will hear the voice of the Son of God and those who hear will live. {26} For as the Father has life in himself, so he has granted the Son to have life in himself.

The Bible teaches that only God can judge the world.

(Psa 50:4-6 NIV)  He (God) summons the heavens above, and the earth, that he may judge his people… {6} And the heavens proclaim his righteousness, for God himself is judge.

Jesus said that the Father judges no one but all judgment is his.

(John 5:22 NIV)  Moreover, the Father judges no one, but has entrusted all judgment to the Son…
He accepted the title “God” when it was addressed to him by his disciple, Thomas.
​
(John 20:28)  Thomas said to him, “My Lord and my God!”

2 Thessalonians - Second Coming of Christ
1 Corinthians - Problems in the Church
Ephesians - Church, the Body of Christ