How Books of the Old Testament Were Selected 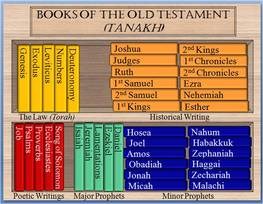 We know that the Old Testament used by Christians today contains the same books used by the community during Jesus’ day.

Good evidence exists in the New Testament that shows that by the time of Jesus, the canon of the Old Testament had been fixed. It cannot be questioned that Jesus and his apostles time after time referred to a body of writings as “Scripture” (Matthew 26:54, John 10:35). If some writings were “Scripture”, others were not.

Jesus gave some indication concerning the books that were included in the Old Testament during His day. When Jesus spoke of the martyrs in the Scriptures, He spoke of the first martyr as Abel and the last martyr as Zechariah (Luke 11:51). Abel’s story was told in Genesis and Zechariah’s story was told in 2 Chronicles. Therefore the Old Testament used by the Jews during Jesus’ days consists of a set of books from Genesis to 2 Chronicles. The Jews of today still uses the same Old Testament, which starts from Genesis and ends in 2 Chronicles and this Bible, contains the same books used by Christians today, only in a different order.

Why is the study of God’s sovereignty important?Accepting someone’s sovereignty is never easy. God says that He is sovereign and as a result He does things that is all right