(Luke 1:6-7 NIV)  Both of them were upright in the sight of God, observing all the Lord’s commandments and regulations blamelessly. {7} But they had no children, because Elizabeth was barren; and they were both well along in years.

Both Zacharias and Elizabeth were doing all the right things in the sight of the Lord. Yet they were without children. Both of them were in leadership positions, serving as priests of the tabernacle. Zacharias served in the Abijah class of priest. Elizabeth was a direct descendant of Aaron, the previous high priest of Israel. They not only served God faithfully, they were upright in character as well.

You may have done everything you can to bear fruits yet without success. You may have tried everything and obeyed God and served Him faithfully yet you do not see results. There is a part that is not within our control or effort. It has to do with the sovereignty of God that works out His will to bring about the desired results in His timing.

Zacharias continued to serve God faithfully despite his own prayers not being answered. Then one day, at God’s appointed time, an angel came to announce that he would have a child.

(Luke 1:13 NIV)  But the angel said to him: “Do not be afraid, Zechariah; your prayer has been heard. Your wife Elizabeth will bear you a son, and you are to give him the name John.

Elizabeth and Zacharias had hoped that they would have a child. Any child would have satisfied them and removed the shame of being barren. But because of that faithfulness and uprightness, God did not intend to give them just any child. They were to be the parents of the forerunner of the Lord Jesus Christ Himself. This forerunner would be destined for a high position in God’s kingdom.

As in the many cases of barrenness, God chose to start His work at a time when natural means would no longer have sufficed. All the people who received God’s promise of a child did so at a time when they were biologically unable to have a child by natural means. It takes a miracle. That is when God’s name would be glorified.

(Eph 3:20 NIV)  Now to him who is able to do immeasurably more than all we ask or imagine, according to his power that is at work within us… 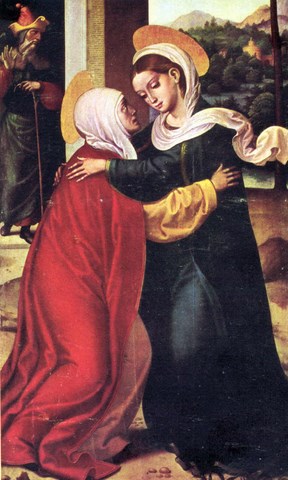