Bible Texts Can Be Verified By Large Number Of Manuscripts 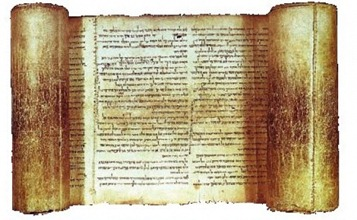 The original New Testament text can be verified from a large number of manuscripts.

Let’s examine briefly how we derive what we call history. In our schools, we are told of historical events that happened thousands of years ago and never learn to doubt them. How do people of this age know that those events actually occur?

We are informed of the past events because they have been recorded down in one way or another and handed down to us. Many of such historical events, like the New Testament ones, are written on papyrus which was made from plants. Since these materials were made from plants, they could not last long before decomposing. It is for this reason that it is important to have a large number of rewritten copies so that we know that what we have today are similar to what was originally recorded. In the extreme case whether we have only one existing rewritten copy and no originals, how can we be sure that this copy is similar to the original? There is no way to check!

In this regard, the New Testament, as a source of history, stands out from all others. The New Testament is the number 1 manuscript authority in the world. There are more than 24,000 manuscripts of the New Testament alone. This is even more significant when one realizes that in all of history, the second book in terms of manuscript authority, “The Illiad” by Homer, has only 643 surviving manuscripts. We all believe as a historical fact that Julius Caesar fought the Gallic War. The original writings are not available and we only have 10 surviving copies of the original. We can see that the evidence for the New Testament is so much greater than the writings of classical authors, the authenticity of which no one dreams of questioning.

We can also reconstruct the original Old Testament with a high degree of confidence.

The oldest copies of the Old Testament, called the Dead Sea Scrolls, were discovered in 1947 in the caves of Qumran.

The scrolls can be dated paleographically (by studying the manuscripts) from the mid-3d century b.c.e. to the third quarter of the 1st century c.e. (Anchor Bible Dictionary).

The Dead Sea Scrolls demonstrated that what we have today has been an accurate reflection of the original Old Testament. This is because the Dead Sea Scrolls were almost identical with the complete Old Testament manuscripts of a much later date, except for minor variants as in any document which depends on hand copies for multiplication.

Be the salt and light in the workplace(Mat 5:13-14 NIV)  “You are the salt of the earth. But if the salt loses its saltiness, how can it be made salty