One of the strongest evidences that the Bible is the Word of God is its foreknowledge of science. It contains a great number of scientific truths that have lain hidden within its pages for thirty centuries or more, only to be discovered by man within the last few centuries or even years. Let’s look at some examples. 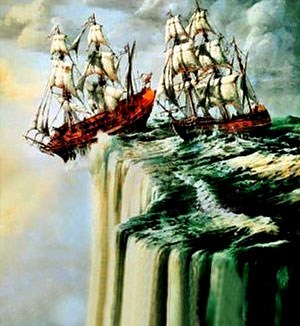 Isaiah 40:22 He sits enthroned above the circle of the earth, and its people are like grasshoppers. He stretches out the heavens like a canopy, and spreads them out like a tent to live in. (NIV)

The word translated “circle” is the Hebrew word “khug”, a more exact connotation of which is “sphericity” or “roundness”. In contrast to the widely held ancient belief that the earth was flat, the bible clearly teaches that it is round. This verse also talks about the protective effect of the atmosphere. We know as a fact that the ozone layer in the atmosphere act as a canopy to protect us from the sun’s harmful ultra-violet rays. 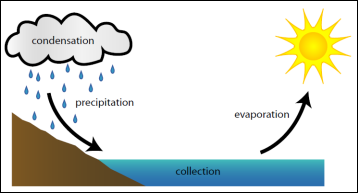 Job 36:27­28 27 “He draws up the drops of water, which distil as rain to the streams; 28 the clouds pour down their moisture and abundant showers fall on mankind. (NIV)

The science of hydrology was founded in the seventeenth century by Mariotte, Perault, and Halley, but the hydrologic cycle is clearly described in scripture long before that.

What does the Quran have to say about the water cycle?

Surah 7:57 It is He Who sendeth the winds like heralds of glad tidings, going before His mercy: when they have carried the heavy-laden clouds, We drive them to a land that is dead, make rain to descend thereon, and produce every kind of harvest therewith: thus shall We raise up the dead: perchance ye may remember.

According to Muslims, this is a depiction of the water cycle which had not been known until the sixteenth century. But it is nothing that one cannot derive by simple observation. One knows that when the heavy clouds come, it would lead to rain and when there is rain the harvest can grow. But what about the more difficult process of water evaporating from the ground to form clouds? This is something that is not understandable by observation but is totally not mentioned in the Quran.

Compare this to the water cycle that is mentioned in the Bible. Job 36:27 “He draws up the drops of water, which distil as rain to the streams…One cannot tell by observation that the clouds that give rain are actually the result of evaporation of the earth’s water. Yet this is depicted in the Bible long before the Quran recorded it.

Ecclesiastes 1:6 The wind blows to the south and turns to the north; round and round  it goes, ever returning on its course. (NIV)

In the seventeenth century George Hadley discovered that the winds circulate around the world. Thousands of years earlier, the book of Ecclesiastes referred to this phenomenon. 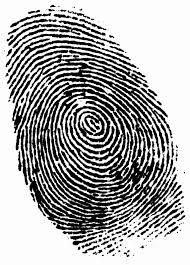 Job 37:7 He sealeth up the hand of every man; that all men may know his work.(KJV)

In 1858, Sir William Herschell, a British Government official in India, first used the finger print as a method of identifying different people. Way before that, the bible describes that the unique seal of man is in the hand.
​ 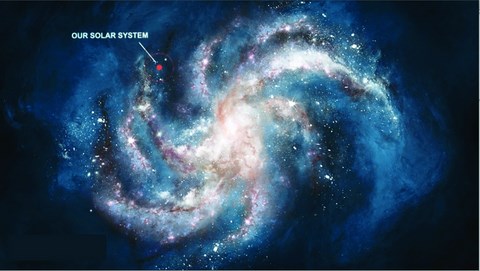 The following verse has been a source of attack for bible critics.

Psalms 19:6 It (The Sun) rises at one end of the heavens and makes its circuit to the other; nothing is hidden from its heat. (NIV)

For a long time it was thought that the sun was stationary while the earth revolves around it. It was only recently that astronomers discovered that the sun, with the entire solar system, actually does move through space at the tremendous speed of 600,000 miles per hour in such a gigantic orbit that it requires two million centuries to complete it. The sun’s circuit is indeed from one end of the heavens to the other!

What does the Quran have to say about the circuit of the sun?

The Quran says that the sun sets in a spring of muddy water.

Surah 18:83. They ask thee concerning Zul-qarnain. Say, “I will rehearse to you something of his story.”

84. Verily We established his power on earth, and We gave him the ways and the means to all ends.

86. Until, when he reached the setting of the sun, he found it set in a spring of murky water: Near it he found a People: We said: “O Zul-qarnain! (thou hast authority,) either to punish them, or to treat them with kindness.”

Al-Baidawi, in his commentary, said, “The Jews asked Muhammad about Dhu al-Qarnain, and he said to them that God established him in the land so that he could reach the place where the sun sets. He found that it set in a muddy spring, and all around the spring were idolatrous people!

Al-Baidawi added that “Ibn Abbas heard Mu`awiya read “aynin hamiya” (hot spring), so he told him that it was hami’a (muddy). Therefore, Mu`awiya sent to Ka`b al-Ahbar, asking, “Where do you think the sun sets?” He said to him, “In water and mud.”

Therefore we have proof that the early Muslims who heard it direct from Muhammad understood this verse literally. 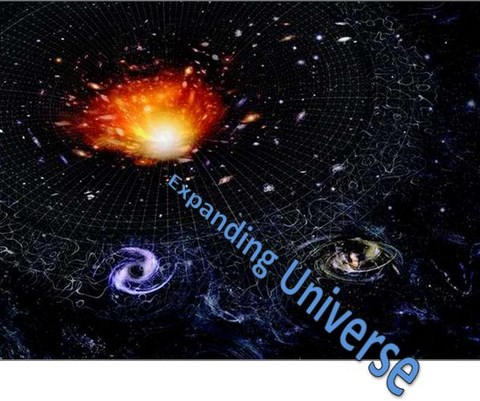 Recently the Nobel prize was given to a scientist who confirmed that the universe is expanding and therefore cannot be measured. Thousands of years ago this truth is illustrated when God swore that He will preserve Israel against this impossible act.

Jeremiah 31:37 This is what the LORD says: “Only if the heavens above can be measured and the foundations of the earth below be searched out will I reject all the descendants of Israel because of all they have done,” declares the LORD. (NIV)

Living things produce according to its own kind 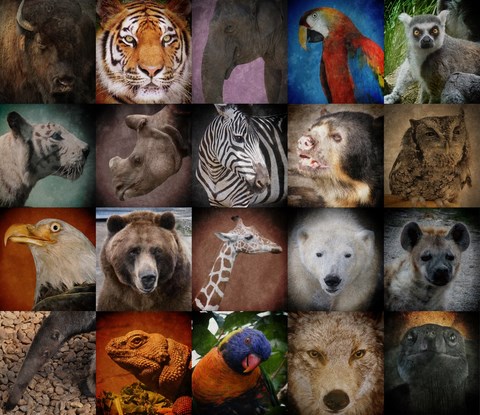 Genesis 1:24 And God said, “Let the land produce living creatures according to their kinds: livestock, creatures that move along the ground, and wild animals, each according to its kind.” And it was so. (NIV)

God is very clear that living things reproduce only after its own kind. In other words, a horse will reproduce only horses, a donkey only donkeys. Scientist have tried to cross a horse with a donkey; the offspring will be a mule. A mule in turn cannot be reproduce further off-springs just as the bible predicted. Likewise, if you cross a peach seed with a plum seed, the result will be a tree bearing nectarines. If you plant a nectarine seed, it will produce a tree but will bear no fruit.

Matter or energy is no longer being created or destroyed 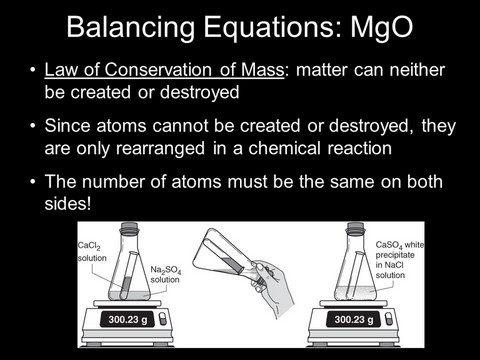 Thermodynamics is the field of physics that describes the physical properties of matter and energy. The principles of thermodynamics are of fundamental importance to all branches of science and engineering. The first law of thermodynamics states that energy or matter cannot be created or destroyed.

The bible says in Genesis 2:2 that “God ended His work which He had made.” The matter and energy that was part of the original creation is all there will ever be; no new matter or energy is being created. This truth is also illustrated in the following verse.

Ecclesiastes 3:14­-15 I know that everything God does will endure forever; nothing can be added to it and nothing taken from it. God does it so that men will revere him. Whatever is has already been, and what will be has been before…. (NIV)

Matter or energy is degenerating 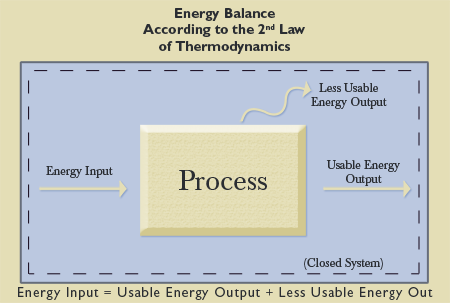 The second law of thermodynamics tells us that though energy cannot be destroyed, its ability to do useful work decreases. Systems tend to degenerate from a state of order to a state of chaos. Science tells us that eventually this process will lead to the death of the universe. The bible also teaches this truth.

Psalms 102:25-­26 In the beginning you laid the foundations of the earth, and the heavens are the work of your hands. They will perish, but you remain; they will all wear out like a garment.(NIV)

The Balance of the Earth 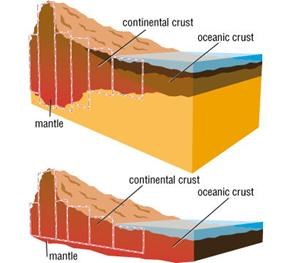 Isaiah 40:12 Who has measured the waters in the hollow of his hand, or with the breadth of his hand marked off the heavens? Who has held the dust of the earth in a basket, or weighed the mountains on the scales and the hills in a balance? (NIV)

Isostasy is a field of study that deals with the balance maintained within the earth’s crust. The differing weights of the various types of rocks maintain a delicate balance; otherwise the earth would wobble in its rotation like a lopsided basketball. The above verse describes how God keeps everything exactly in balance.​ 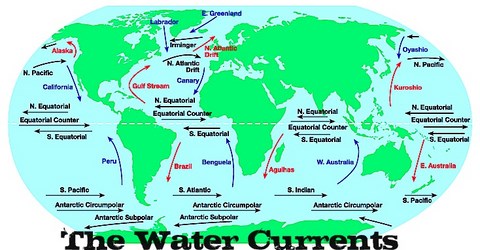 (Eccl 1:7 NIV) All streams flow into the sea, yet the sea is never full. To the place the streams come from, there they return again.

This is a depiction of ocean currents when water run through specific routes.

Does the Quran say anything about water currents?

According to Muslims, the “wave above wave” in the verse below is a depiction of the water currents.

The “wave above wave” is just a poetic way of describing the believer’s dark position in reference to God – note “layers and layers of darkness”. 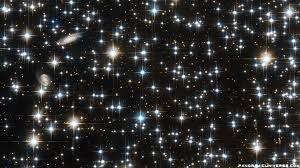 When the Bible made mention of stars it says that stars cannot be numbered.

(Jer 33:22 NIV) I will make the descendants of David my servant and the Levites who minister before me as countless as the stars of the sky and as measureless as the sand on the seashore.'”

The invention of the telescope in the 17th century made men aware of the vast number of stars. Before that, scientists had said the total number was only in the hundreds of thousands. That is because only a few thousand can be counted with the naked eye. Today, no one knows how many stars there are. It cannot be numbered, like the sand on the seashore cannot be numbered.

What did the Quran say about stars?

There is a Hadith narrated by Aisha (Sahih Bukhari Volume 9, Book 93, Number 650) that says soothsayers and psychics receive some of their information from Jinn who stealthily acquire this info by listening to the discussions in heaven.

The Qur’an says that the stars were created to defend heaven from such eavesdroppers (Qur’an 37:6-8), as well as saying that the stars are used as missiles (projectiles) to drive them away (Qur’an 67:5).

We have seen that the bible contains many scientific truths even before they were discovered by modern scientists. How is this possible? Surely it demonstrates that God, who knows everything from the beginning, is behind the teachings.
​