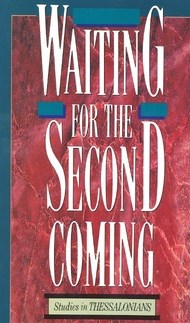 Paul wrote 2 Thessalonians from Corinth in AD 51 within months of writing the first letter. Paul had probably heard that the church in Thessalonica were confused about matters regarding the end times. This is because false teachers had infiltrated the church to inject these false teachings.

The second coming of Christ is near

2 Thess 2 Concerning the coming of our Lord Jesus Christ and our being gathered to him, we ask you, brothers and sisters, 2 not to become easily unsettled or alarmed by the teaching allegedly from us—whether by a prophecy or by word of mouth or by letter—asserting that the day of the Lord has already come. 3 Don’t let anyone deceive you in any way, for that day will not come until the rebellion occurs and the man of lawlessness is revealed, the man doomed to destruction.

False prophets would come in those days to deceive the church that Jesus had already come back to earth the second time. Paul warned the church not to be deceived by these teachings because one thing must happen before Jesus comes back again. That is, the Antichrist must show his true self and proclaim himself to be God.
We are now living in the last days with many general events that Jesus predicted would happen in the last days (Matt 24:3-8) already coming to past but the end is not yet. How should we conduct ourselves knowing that we are living in the last days?

2 Thess 3:6 In the name of the Lord Jesus Christ, we command you, brothers and sisters, to keep away from every believer who is idle and disruptive and does not live according to the teaching you received from us. 7 For you yourselves know how you ought to follow our example. We were not idle when we were with you, 8 nor did we eat anyone’s food without paying for it. On the contrary, we worked night and day, laboring and toiling so that we would not be a burden to any of you. 9 We did this, not because we do not have the right to such help, but in order to offer ourselves as a model for you to imitate. 10 For even when we were with you, we gave you this rule: “The one who is unwilling to work shall not eat.”

Some Christians are so engrossed with the coming of Christ that they are totally detached from earthly duties. Some people in the Thessalonian church committed the same mistake. They think that Christ is coming soon so why bother with earthly work. Paul had to tell them that looking forward to Christ’s return does not mean that we detach ourselves from earthly duties.

Don’t get tired of doing good

2 Thess 3:13 And as for you, brothers and sisters, never tire of doing what is good.

We must never get tired of doing good because when we meet Christ again, we will receive our reward. Jesus told the parable of the talents below to teach that we should all work to the best of our abilities to gain returns for God’s kingdom.

1 Corinthians - Problems in the Church
Hebrews - Superiority of Jesus
John - Jesus the Messiah, Son of God