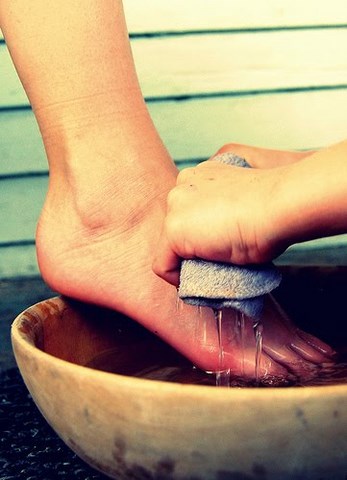 The first part of the book talks about the reign of Solomon. In response to Solomon’s request, God granted him much wisdom. During his reign, he launched many great building projects, including his greatest achievement, the Temple of God. In the midst of the temple dedication, fire flashes down from heaven and God’s glory filled the temple.

After Solomon’s death, the northern tribes revolt and the nation of Israel splits apart. The remainder of 2 Chronicles recount the alternating periods of apostasy and reform in Judah. In the end, Judah would not repent and the tragic result was a 70-year captivity in Babylon.

(2 Chronicles 7:14 NIV) if my people, who are called by my name, will humble themselves and pray and seek my face and turn from their wicked ways, then will I hear from heaven and will forgive their sin and will heal their land.

What are the signs of pride/humility

Consider the areas we are weak at and ask God for forgiveness. Determine to improve on the weak areas.

Do we humble ourselves to ask help from God?

Refusal to ask help from God

Asa started off as a good king and we were told that he called upon God to help him deliver his enemies.

(2 Chronicles 14:11-12 NIV) Then Asa called to the LORD his God and said, “LORD, there is no one like you to help the powerless against the mighty. Help us, O LORD our God, for we rely on you, and in your name we have come against this vast army. O LORD, you are our God; do not let man prevail against you.” {12} The LORD struck down the Cushites before Asa and Judah.

Yet later on in his life, he became so proud that he would not consult God even when he was ill and dying.

(2 Chronicles 16:12 NIV) In the thirty-ninth year of his reign Asa was afflicted with a disease in his feet. Though his disease was severe, even in his illness he did not seek help from the LORD, but only from the physicians.

Solomon was someone who humbled himself early in his career when he asked God for help to rule the people. He asked for wisdom from God because he knew that he would not be able to rule God’s people without God’s wisdom.

(2 Chronicles 1:7-10 NIV) That night God appeared to Solomon and said to him, “Ask for whatever you want me to give you.” {8} Solomon answered God, “You have shown great kindness to David my father and have made me king in his place. {9} Now, LORD God, let your promise to my father David be confirmed, for you have made me king over a people who are as numerous as the dust of the earth. {10} Give me wisdom and knowledge, that I may lead this people, for who is able to govern this great people of yours?”

Recall the times when we failed to ask God for help because we think we could do it by ourselves and as a result make a mess out of things.

Do we humble ourselves and give way to others?

Refusal to give way to others

King Rehoboam was someone who was too proud to give in to others. He viewed giving in not as a humble act but as a show of weakness. As a result, he wanted to show himself strong by not giving in to the people’s requests.

When King Solomon died, the people went to Solomon’s son, Rehoboam, to ask him to be more lenient to them. Instead of being more lenient, Rehoboam said that he would be even tougher with them.

(2 Chronicles 10:4, 13-14 NIV) “Your father put a heavy yoke on us, but now lighten the harsh labor and the heavy yoke he put on us, and we will serve you.” …..13 The king answered them harshly. Rejecting the advice of the elders, {14} he followed the advice of the young men and said, “My father made your yoke heavy; I will make it even heavier. My father scourged you with whips; I will scourge you with scorpions.”

Recall the times when we failed to give in to others because we do not want to lose face or appear weak.

Failure to give way on the road

Failure to give in to our spouses

Do we accept advice from others?

Refusal to accept advice from others

Ignoring advice from others is a sure sign of pride. We often think we know better. When King Micaiah was warned that he would be defeated if he went to war, he shrugged off the advice. He thought he knew better when he said, “Put this fellow (God’s prophet) in prison and give him nothing but bread and water until I return safely.'”

(2 Chronicles 18:14 NIV) When he arrived, the king asked him, “Micaiah, shall we go to war against Ramoth Gilead, or shall I refrain?” “Attack and be victorious,” he answered, “for they will be given into your hand.” …..16 Then Micaiah answered, “I saw all Israel scattered on the hills like sheep without a shepherd, and the LORD said, ‘These people have no master. Let each one go home in peace.'” ….25 The king of Israel then ordered, “Take Micaiah and send him back to Amon the ruler of the city and to Joash the king’s son, 26 and say, ‘This is what the king says: Put this fellow in prison and give him nothing but bread and water until I return safely.'”

Share on instances when we have failed to take on friends advice or advice from God’s servants because of pride.

Do we overestimate ourselves?

King Uzziah is a king who became so proud that he thought he was fit to perform the duties of priests as well.

(2 Chronicles 26:16-19 NIV) But after Uzziah became powerful, his pride led to his downfall. He was unfaithful to the LORD his God, and entered the temple of the LORD to burn incense on the altar of incense. {17} Azariah the priest with eighty other courageous priests of the LORD followed him in. {18} They confronted him and said, “It is not right for you, Uzziah, to burn incense to the LORD. That is for the priests, the descendants of Aaron, who have been consecrated to burn incense. Leave the sanctuary, for you have been unfaithful; and you will not be honored by the LORD God.” {19} Uzziah, who had a censer in his hand ready to burn incense, became angry. While he was raging at the priests in their presence before the incense altar in the Lord’s temple, leprosy broke out on his forehead.

Another sign of pride is the failure to thank God for our achievements because we somehow believe that we alone were responsible. King Hezekiah was guilty of this.

(2 Chronicles 32:25 NIV) But Hezekiah’s heart was proud and he did not respond to the kindness shown him; therefore the Lord’s wrath was on him and on Judah and Jerusalem.

Although King Solomon had all the necessary resources to build God’s temple, including God’s own endorsement, he was not proud. He realized that he was unworthy to do the task. This is a sign of humility.

Thinking highly of ourselves stems from pride which is detestable to God. Jesus Himself warned that God will exalt the humble and humble those who exalted themselves.

(Luke 18:10-14 NIV) “Two men went up to the temple to pray, one a Pharisee and the other a tax collector. {11} The Pharisee stood up and prayed about himself: ‘God, I thank you that I am not like other men–robbers, evildoers, adulterers–or even like this tax collector. {12} I fast twice a week and give a tenth of all I get.’ {13} “But the tax collector stood at a distance. He would not even look up to heaven, but beat his breast and said, ‘God, have mercy on me, a sinner.’ {14} “I tell you that this man, rather than the other, went home justified before God. For everyone who exalts himself will be humbled, and he who humbles himself will be exalted.”

Do we respect those God placed in authority?

Rejecting God’s chosen leaders, including those from the church as well as those in the government, is a sign of pride. God tells us that we should submit to our leaders.

(Romans 13:1 NIV) Everyone must submit himself to the governing authorities, for there is no authority except that which God has established. The authorities that exist have been established by God.

King Amaziah started off following the advice of God’s prophets. He had intended to enlist the help of the Israelite army in battle. However, when he was told that this was not in accordance with God’s will, he agreed to change his plan.

(2 Chronicles 25:6-10 NIV) He also hired a hundred thousand fighting men from Israel for a hundred talents of silver. {7} But a man of God came to him and said, “O king, these troops from Israel must not march with you, for the LORD is not with Israel–not with any of the people of Ephraim. {8} Even if you go and fight courageously in battle, God will overthrow you before the enemy, for God has the power to help or to overthrow.” {9} Amaziah asked the man of God, “But what about the hundred talents I paid for these Israelite troops?” The man of God replied, “The LORD can give you much more than that.” {10} So Amaziah dismissed the troops who had come to him from Ephraim and sent them home. They were furious with Judah and left for home in a great rage.

Later on in his career, King Amaziah turned from the Lord. Perhaps due to pride from his successful conquest, he decided not to follow the advice of God’s prophet.

(2 Chronicles 25:15-16 NIV) The anger of the LORD burned against Amaziah, and he sent a prophet to him, who said, “Why do you consult this people’s gods, which could not save their own people from your hand?” {16} While he was still speaking, the king said to him, “Have we appointed you an adviser to the king? Stop! Why be struck down?” So the prophet stopped but said, “I know that God has determined to destroy you, because you have done this and have not listened to my counsel.”

The Bible teaches that those who fails to heed to God’s prophet actually fails to display humility.

(2 Chronicles 36:11-12 NIV) Zedekiah was twenty-one years old when he became king, and he reigned in Jerusalem eleven years. {12} He did evil in the eyes of the LORD his God and did not humble himself before Jeremiah the prophet, who spoke the word of the LORD.

What happens to those who humble themselves

(Luke 18:14 NIV) “I tell you that this man, rather than the other, went home justified before God. For everyone who exalts himself will be humbled, and he who humbles himself will be exalted.”

What happens to those who do not humble themselves?

God may have to use tougher techniques to teach them humility.

(2 Chronicles 26:16, 21 NIV) But after Uzziah became powerful, his pride led to his downfall. He was unfaithful to the LORD his God, and entered the temple of the LORD to burn incense on the altar of incense…… 21 King Uzziah had leprosy until the day he died. He lived in a separate house –leprous, and excluded from the temple of the LORD. Jotham his son had charge of the palace and governed the people of the land.

Consider some ways God has dealt with you to teach you humility.

Perhaps He had allowed the following things to come into your life.

Sickness
Loss of wealth
Rebuke by others
Failure